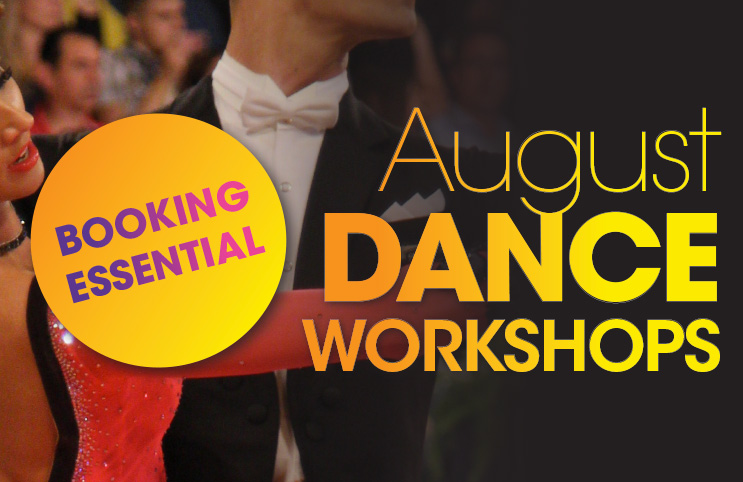 Beginners/Refresher (Open to everyone) 8pm 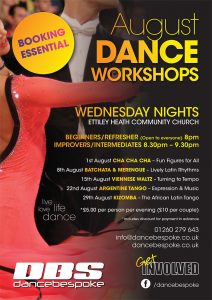 In the early 1950s, dance groups performed the danzón-mambo in the dance halls of Havana. Many dancers at these gigs had difficulty with the syncopated rhythms of the danzón-mambo. To make this new dance form more appealing to social dancers, the melody was altered. The first downbeat was stronger and the rhythm now less syncopated. The sound of the ladies shoes and an improvised triple step we know as a “chasse” produced the sound “cha-cha-cha”.

This craze soon spread to Mexico City, and by 1955 the music and dance of the cha cha cha had become popular in Latin America, the United States, and Western Europe, following in the footsteps of the mambo, which had been a worldwide craze a few years earlier.

Merengue was made the official dance of the Dominican Republic. The dance originated from the enslaved labourers working in sugar beet fields. These workers were connected to one another by a chain strapped to their ankles and had to walk in such a manner as to drag one leg. Taught in ballroom studios around the world, the Merengue can be seen in other latin dance styles (cha-cha-cha, rumba, mambo and salsa).

Bachata is a style of dance that also originated in the Dominican Republic. The basics to the dance are three-step with a Cuban hip motion, followed by a tap including a hip movement on the 4th beat. The knees should be slightly bent so the performer can sway the hips easier. The movement of the hips is very important because it’s a part of the soul of the dance. Generally, most of the dancer’s movement is in the lower body up to the hips, and the upper body moves much less.